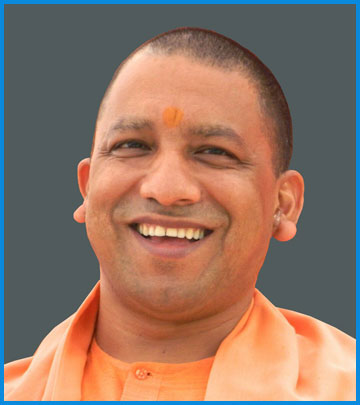 Yogi Adityanath (born Ajay Singh Bisht; 5 June 1972) is an Indian Hindu monk and politician who is serving as the 21st and current Chief Minister of Uttar Pradesh, since 19 March 2017.

Adityanath is also the mahant (Head Priest) of the Gorakhnath Math, a Hindu monastery in Gorakhpur, a position he has held since September 2014 following the death of Mahant Avaidyanath, his spiritual "father". He is also the founder of Hindu Yuva Vahini, a Hindu nationalist organisation. He has an image of a Hindutva nationalist and a right-wing populist.